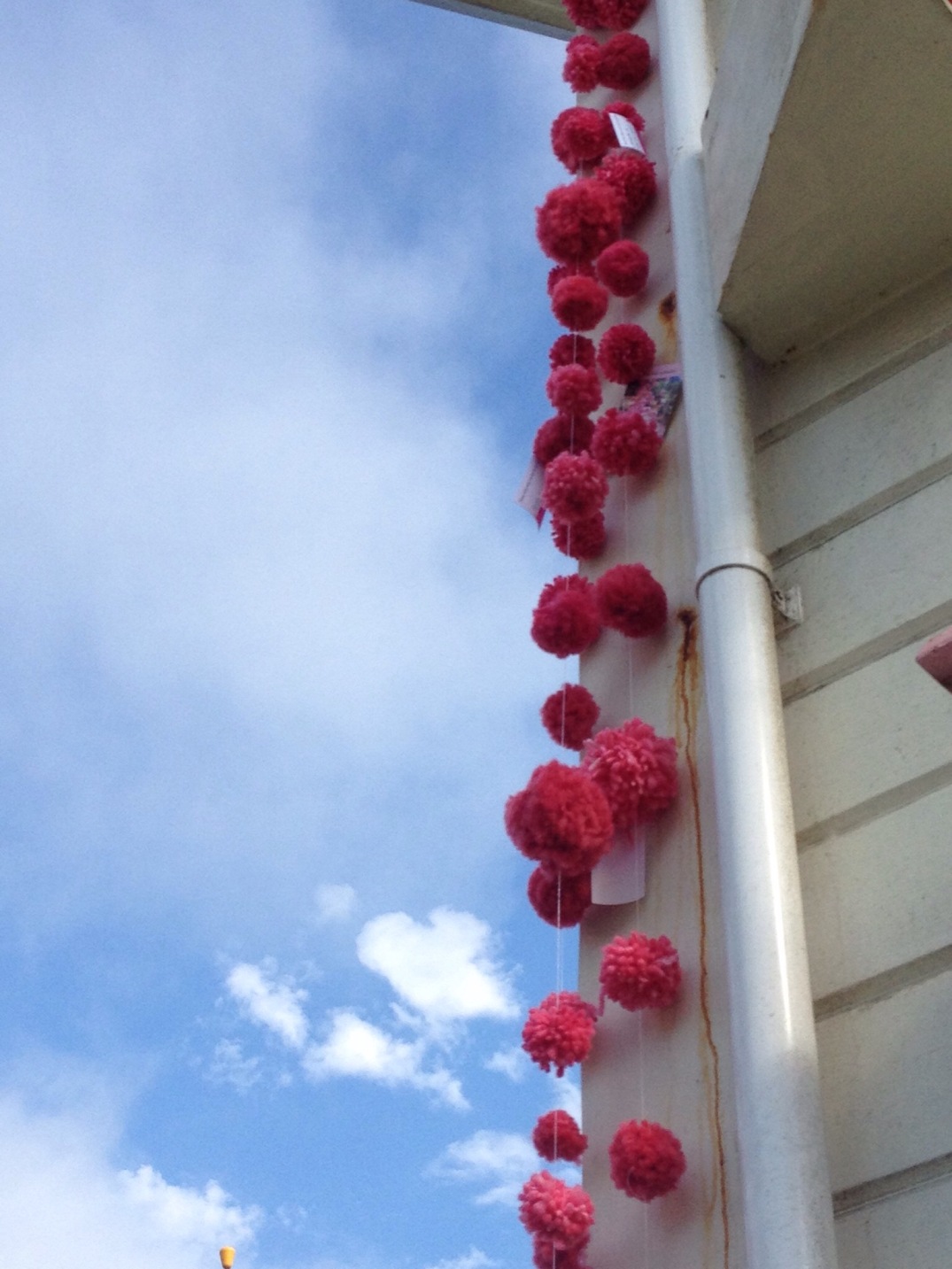 When I have a new art idea I always like to try it out in Mendocino, Ca. I think Mendocino is the most beautiful place on the planet , so it is a good place to make streetart, everything looks good there. I”ve done enough yarnbombing in Mendocino that various businesses just ask me what I’m doing this year.

Before I started the installation at the Good Life Cafe I did a little event at the Community Center and I had some cards in hand that people had already written what they are for in their politics. I noticed in subsequent days that people were adding more writing of their own. This was interesting, the interactive element was evolving. Also people squeezed the pom poms as they went by.

I can see the Good Life pom poms from by bedroom window. This is the way to do streetart.  I often wonder what people think of a given piece and now I can sit at my desk and draw and drink water and watch folks play with my pom poms.

The most recent piece I did was a big fall of pom poms at Oddfellows Gallery for a pop up art show called Art Pop. I hung 18 strings of pom poms from the balcony of the building. I tied them in units of 3 so they could blow with the wind. I also hung some small strings inside in the window behind a pedestal . I piled up a bunch of pom poms on the pedestal and put a stack of the cards there  with some pens.

Well the gallery attendees went right to work writing. I guess we all have a lot to say about politics at this point. I kept putting out more cards. After a few days I noticed people were tying the cards to the pom poms and arranging them. This really touched me.

I like the idea that the audience makes the art.

I also liked walking down the street and seeing a building with pom poms floating up and down off it. Somehow it seemed to relate to the movement of the ocean.

3 thoughts on “Yarnbombing : Pom poms and Politics in Mendocino”